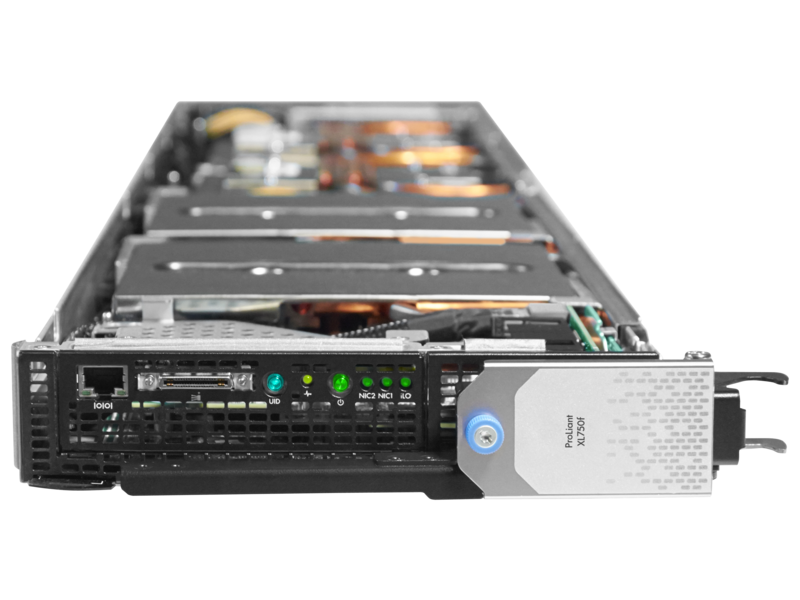 The HPE Apollo 8000 System reaches new heights of performance density, with 4x the teraflops per square foot and up to 40% more FLOPs per watt than comparable air cooled servers. [1] At the same time, the HPE Apollo 8000 System helps reduce your carbon footprint, saving up to 3,800 tons of CO2 per year. [2] That’s about the same amount of CO2 produced per year by 790 cars!

Efficient Liquid Cooling Without the Risk

By coupling smart sensors data with iLO4, advanced power management, and or, an HPC center scheduler, you can create new optimization algorithms to get the most out of your HPE Apollo 8000 System.

The ProLiant XL750f Gen9 Server is 1U half-width and has 4x more performance per square foot than competing air cooled systems so you can pack more research capabilities into less space.

The system gets 40% more FLOPs per watt than air cooled systems for energy savings. [1]

[1] Based on rack and power density, assuming the same processors. Data center square footage for standard rack = 12.5' x the width of the rack. Apollo f8000 Rack width is the same as an air cooled rack width = 2'. The HPE Apollo f8000 Rack fits 72 servers and 144 accelerators per rack. Standard air cooled racks fit 18 x 2U servers and 36 accelerators with 15-18kW power restrictions. 72/18 = 4 for 4x the performance density.

[2] Based on a comparison of a 3MW of IT capacity, estimated data center energy savings in kilowatts per hour. Kilowatt per hour savings measured by deploying the HPE Apollo 8000 System (65kW/rack) vs. air-cooled system (limited to 15kW/rack). World Energy Outlook 2013 calculation to convert kW-hr savings to annual CO2 emission savings.