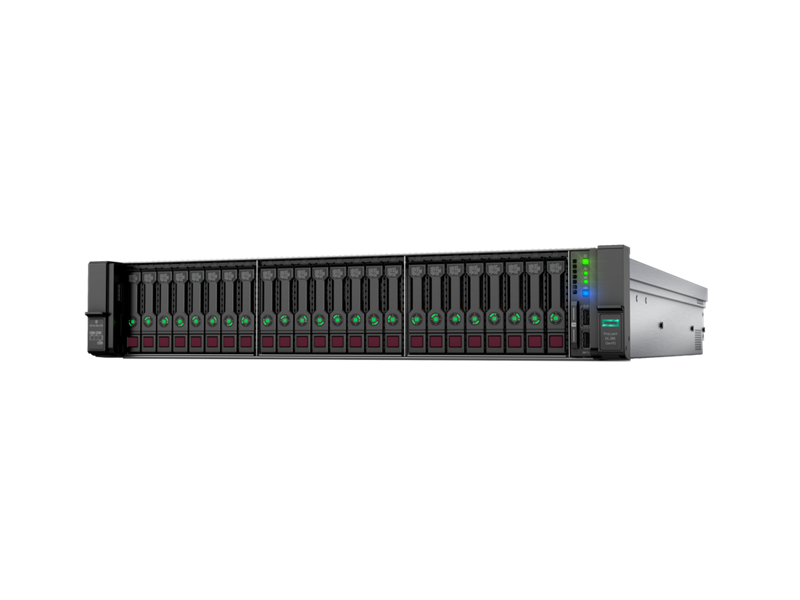 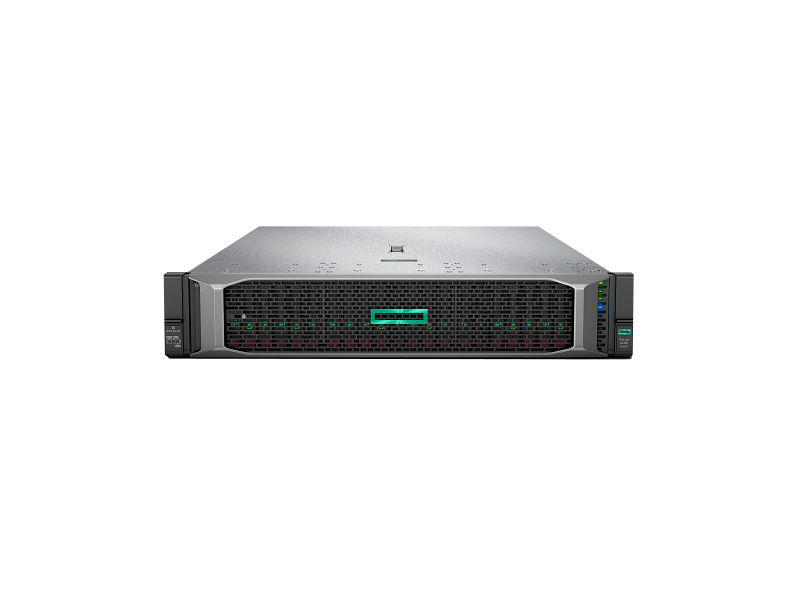 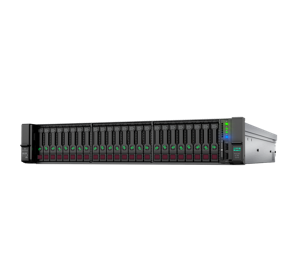 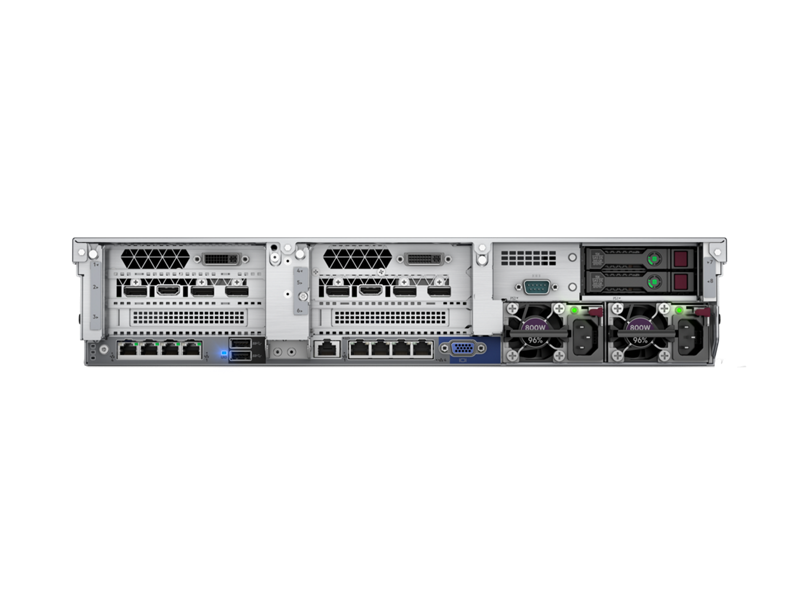 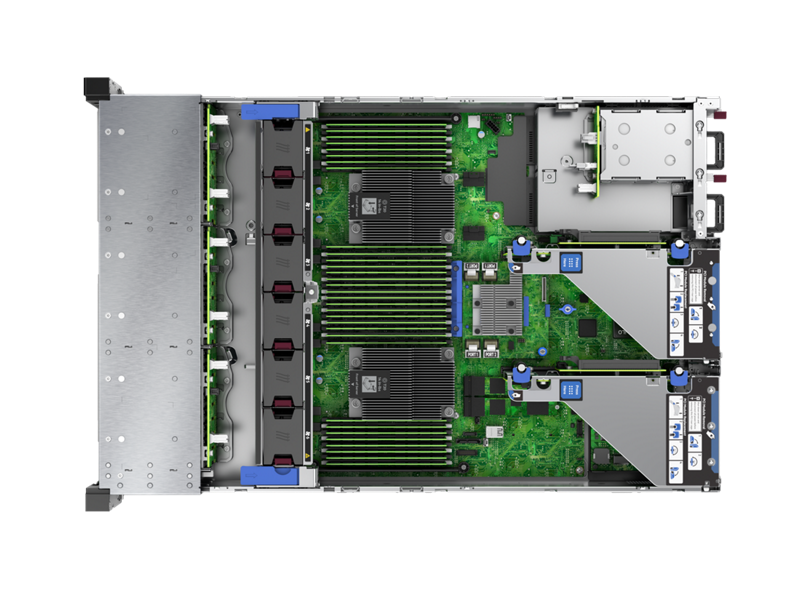 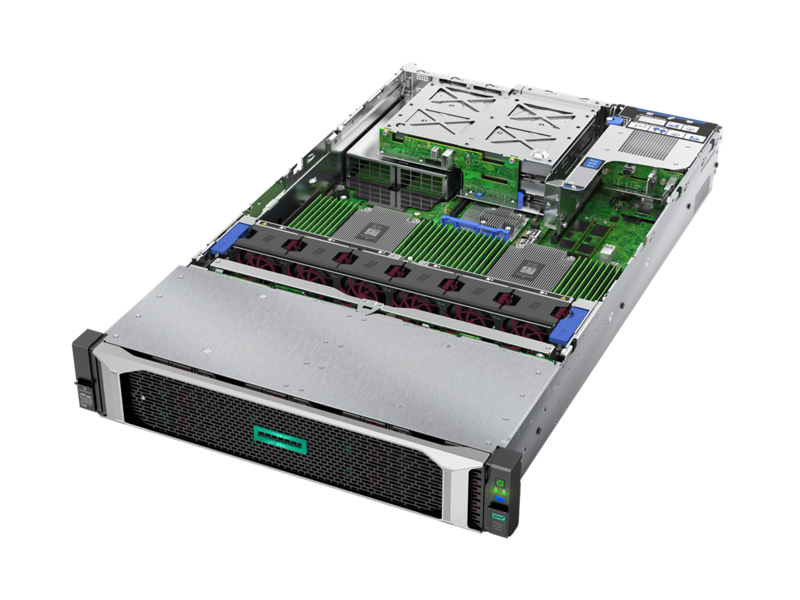 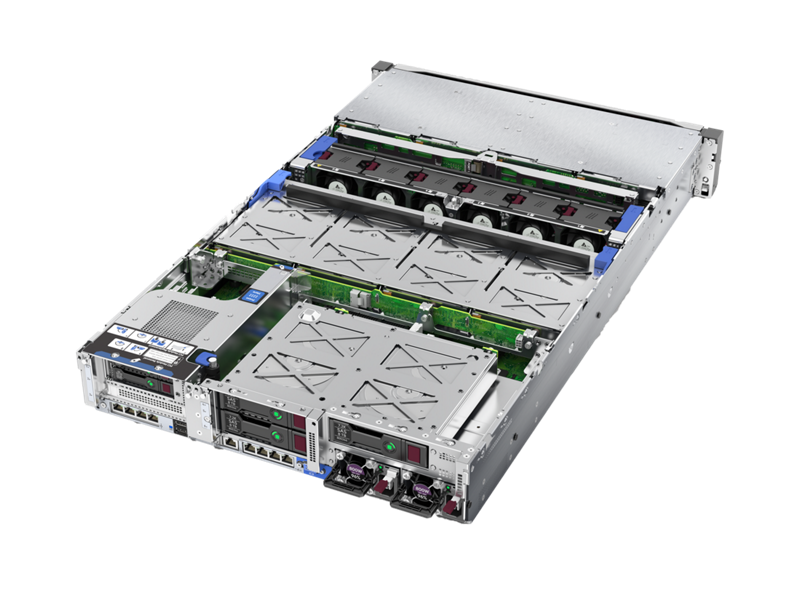 Do you need a dense platform with built-in security and flexibility that addresses key applications such as virtualization and software-defined storage (SDS)?

The ProLiant DL385 Gen10 server has an adaptable chassis, including the modular drive bays that can be configured with up to 30 SFF, up to 19 LFF or up to 24 NVMe drive options and support for up to 3 double wide and 6 single wide GPU options.

HPE Smart Array S100i Software RAID ships standard for an embedded m.2 boot. In addition, the redesigned HPE Smart Array Essential and Performance RAID Controllers offer performance and flexibility for additional features including the ability to operate in both SAS and HBA mode.

Choice of HPE FlexibleLOM or PCIe standup adapters which offer a choice of networking bandwidth (1GbE to 4x10GbE) and fabric makes it scalable for changing business needs.

The ProLiant DL385 supports a wide range of operating systems making it suitable for most environments.

HPE OneView is an automation engine that transforms compute, storage, and networking into software-defined infrastructure to automate tasks and speed business process implementations.

Silicon Root of Trust is an immutable fingerprint in the iLO silicon. The silicon root of trust validates the lowest level firmware to BIOS and software to ensure a known good state.

Tied into the silicon root of trust is the AMD Secure Processor, a dedicated security processor embedded in the AMD EPYC system on a chip (SoC). The security processor manages secure boot, memory encryption and secure virtualization.

Run Time Firmware Validation validates the iLO and UEFI/BIOS firmware at runtime. Notification and automated recovery is executed on detection of compromised firmware.

If system corruption has been detected Server System Restore will automatically alert iLO Amplifier Pack to initiate and manage the system recovery process, avoiding lasting damage to your business by quickly restoring firmware to the factory settings or the last known authenticated safe setting.

HPE GreenLake Flex Capacity provides pay-per-use IT consumption on-premises, with real-time tracking and metering of resource usage, so you have the capacity you need to deploy quickly, pay for the exact resources you consume, and avoid over provisioning.

HPE Foundation Care helps when there is a hardware or software problem offering several response levels dependent on IT and business requirements.

HPE Proactive Care is an integrated set of hardware and software support including an enhanced call experience with start to finish case management helping resolve incidents quickly and keeping IT reliable and stable.

HPE Financial Services helps you transform to a digital business with financing option and trade-in opportunities that align to your business goals.

[1] Comparing the HPE ProLiant DL385 Gen10 with AMD EPYC™ 7702 processor versus the AMD EPYC™ 7601P processor, and based on SPECrate2017_int_base score results. SPEC and the names SPEC CPU and SPECrate are registered trademarks of the Standard Performance Evaluation Corporation (SPEC), see spec.org

AMD is a trademark of Advanced Micro Devices, Inc. All other third-party trademark(s) is/are property of their respective owner(s).