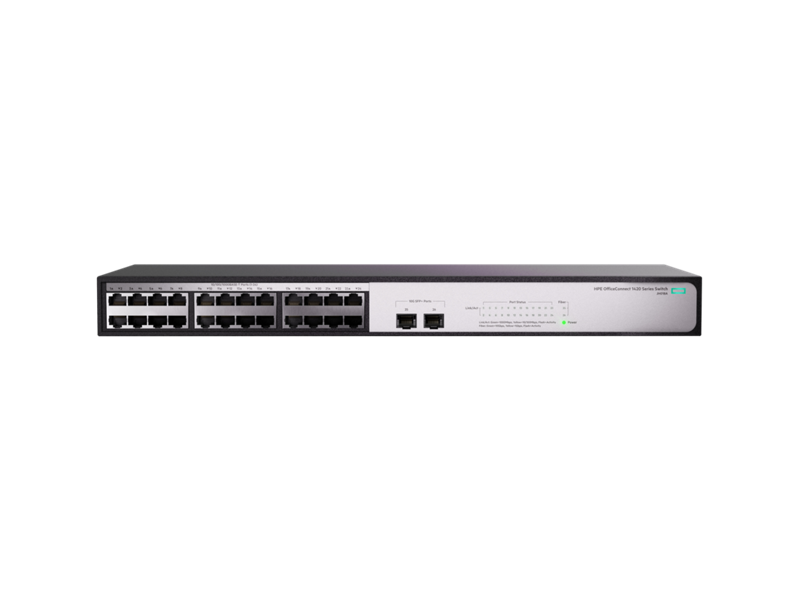 Want to configure your own?

Want to see our recommended solutions?

Half-/full-duplex auto-negotiating capability on every port doubles the throughput of every port.

The HPE OfficeConnect 1420 Switch Series includes nine models, all with gigabit performance and a choice of key features including PoE+, Fiber and 10G uplink options.

All HPE OfficeConnect 1420 Switch Series models are fanless for silent operation in office settings and include internal power supplies.

Units can be deployed for desktop operation or can be rack mounted.

All HPE OfficeConnect 1420 Switch Series models are plug-and-play with zero configuration and no required ongoing administration.

Cost-effective Ownership for Now and into the Future

The switch series includes PoE+ options to power IP devices without the cost of additional cabling for power.

This series comes with a Limited Lifetime Warranty providing next business day advance hardware replacement shipment in most countries, 24x7 phone support available for the first 90 days, and electronic and business hours phone support for the entire warranty period.