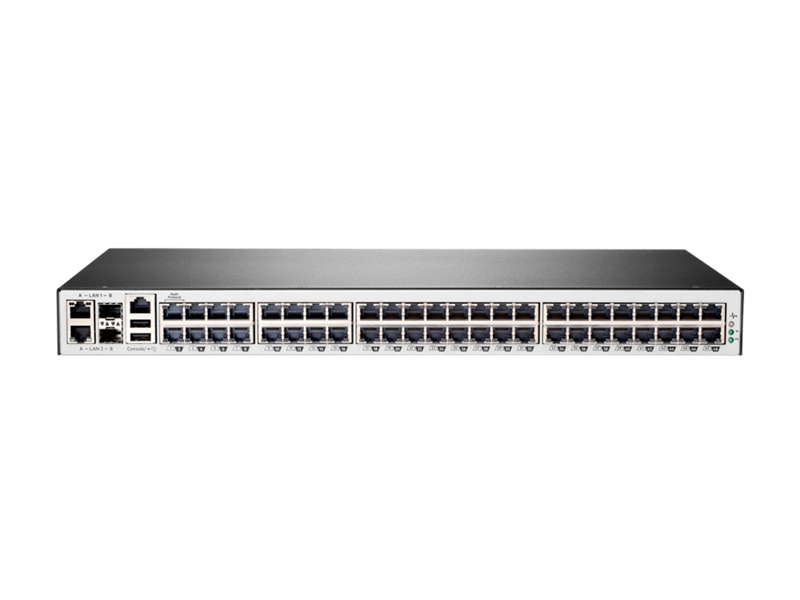 Need remote access to servers and other serial managed devices in the rack?

HPE Enterprise Serial Console Servers provide remote access to headless servers such as those running Linux or UNIX, as well as serial managed devices such as network switches and routers. Available options support either 16 or 48 devices through a single IP address using any SSH or telnet client. With its powerful user access control and streamline management from the Virtual Media option, the HPE Serial Console Server grants access to specified users or even implements Lightweight Directory Access Protocol (LDAP) directory authentication while allowing servers to access storage media. Security for servers is controlled by user names, passwords, access rights configured and stored in non-volatile memory in the Serial Console Server for up to 64 users or through RADIUS. The HPE Serial Console Servers offer the security, flexibility, and efficiency that meets the needs of the most demanding IT environments.

HPE 16-port serial console server with external device port, included in the box is one rackmount hardware kit, one DB9-RJ45 adapter and one power jumper cable

Streamline Management of Your IT Environment From any Location Anywhere & Anytime

Remote management via either in-band or out-of-band depending on the network devices within IT environment.

Scale to meet your IT demands by adding servers and users as demand increases. Auto-sensing serial ports combined with a single serial interface adapter that eliminates pin-out conversions for each type of serial device.

Easy to Use with Automated Configuration Tools

Console event logging and notification, including “last gasp” capture to ensure buffered data is not lost.